It has been another dramatic weekend with schedule changes and extreme weather conditions disturbing proceedings. However, this morning the MotoGP paddock woke up to sunshine for the first time this weekend. Once the early mist burned off, the morning Free Practice session was extended to 45 minutes as this was… read more. 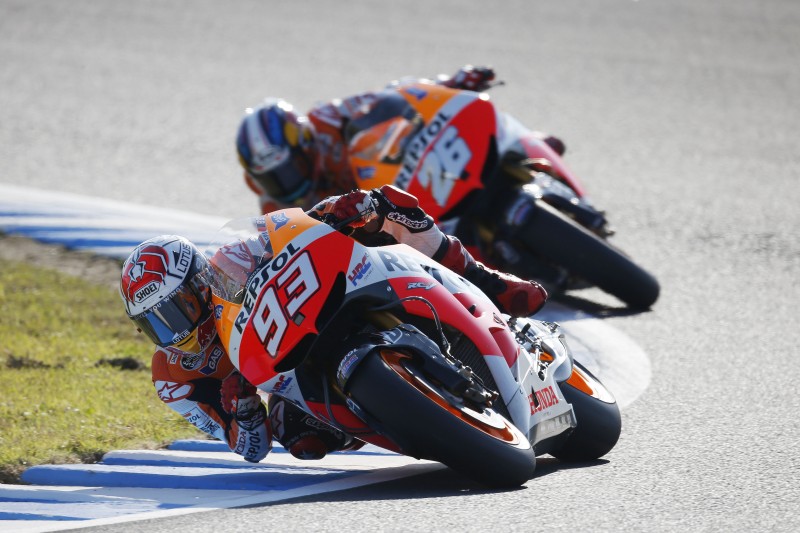 It has been a remarkable day in Phillip Island for the MotoGP paddock, especially the Repsol Honda Team. After Race Direction last night changed the format of today’s twenty-seven lap race due to tyre issues, this morning, the rules changed once again after more troubles in warm up. The new… read more. 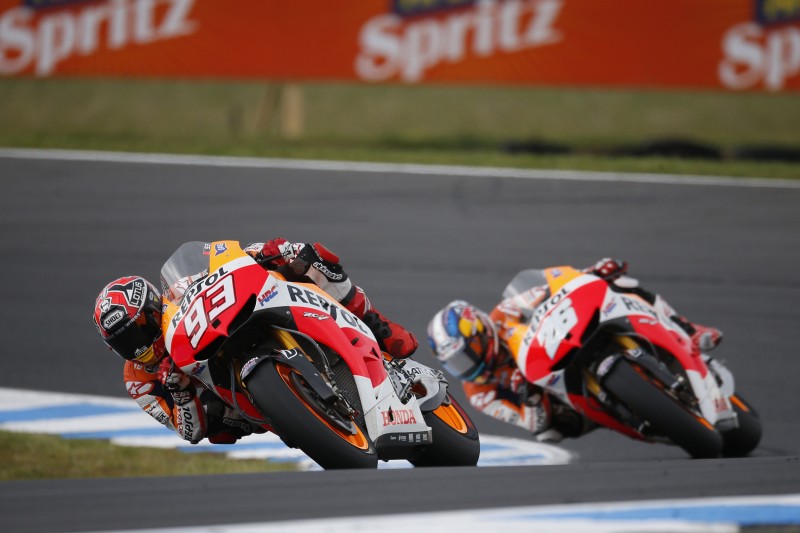 Dani Pedrosa has taken back-to-back wins in the Malaysian Grand Prix after an emphatic win with teammate, and Championship Leader, Marc Marquez in 2nd, celebrating the team’s fifth 1-2 finish of the season. Dani, starting from 5th on the gird, climbed up to 2nd position by turn one with Marc… read more. 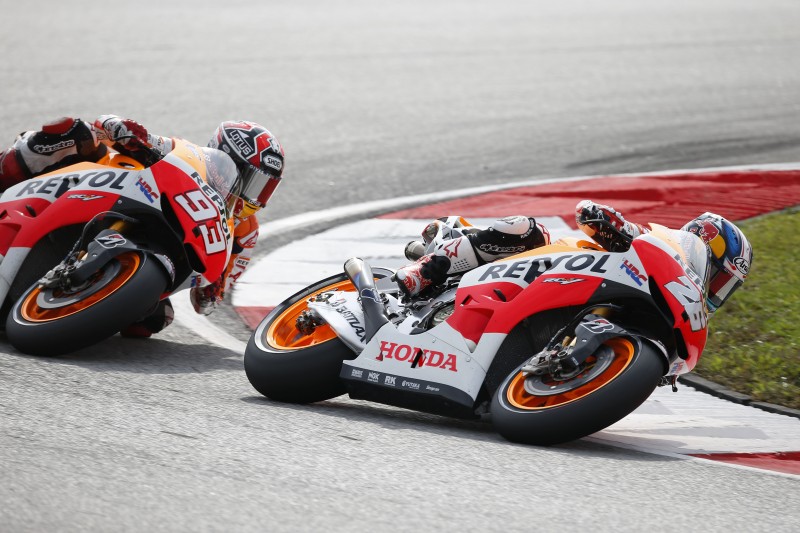 The Grand Prix of Aragón has been an event of mixed emotions for the Repsol Honda Team. Championship leader Marc Marquez, starting from pole for the seventh time this season, extended his Championship lead with a fantastic win – his sixth of the season, but en route he and teammate… read more. 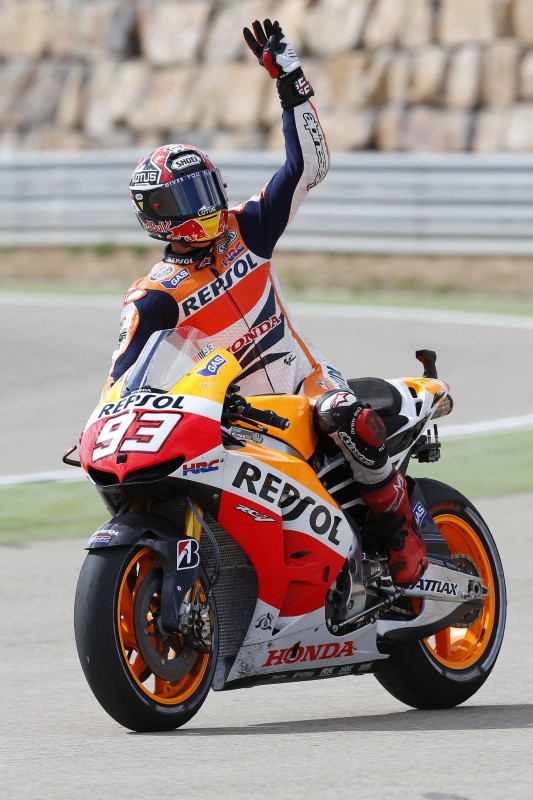