After two consecutive Suzuka 8 hour victories in 2013 and 2014, the number 634 bike of team MuSASHi RT HARC-PRO began this year’s race from third spot on the grid, but was unable to covert this to win number three.

Takumi Takahashi (Japan, 24 years old) was the first rider on track and was involved in an exciting battle in the top group. After 24 laps, he entered the pits in 2nd position and two-time MotoGP Champion Casey Stoner (Australia, 29 years old) took over the reigns. Stoner worked his way up to 1st position on his first lap after the switch, but unfortunately he crashed out at the Suzuka Hairpin and the race was over for the MuSASHi RT HARC-PRO team.

Casey was taken to the medical centre where it was confirmed he had broken his right scapula (shoulder blade) and fractured his left ankle.

The team had to wait until the end of the race for the bike to be returned so they could exam what caused the accident. Together with HRC staff, the team checked the machine, and confirmed from the data that the throttle was 26 degrees open before the crash. It wasn’t clear why this happened and now the bike will be sent to HRC for a full inspection. HRC will communicate the findings to the media when there is more news.

Shigeki Honda, Team Manager
“Casey Stoner encouraged the whole team during this week at the Suzuka 8 hour endurance race, especially in the Top 10 trial. He demonstrated aggressive riding to climb to 1st early in the race, but sadly he crashed out. As a result, we missed out on an opportunity for three consecutive victories, but this is the Suzuka 8 hours where anything can happen. I express my appreciation to all our fans and we wish Casey a speedy recovery. We’ll be back next year!”

Casey Stoner
“I am really disappointed that the Suzuka 8 hours has ended like this. We have done a lot of work over the last few weeks to get accustomed to the bike and the track and work towards a setting that made all of us quite comfortable. We really felt that the race and everything had gone as we planned so far, we were very relaxed and comfortable and making sure we saved the tyres and the fuel to stretch the stint as long as we could. Unfortunately, we experienced some mechanical trouble as I was going through the corner leading up to the hairpin. I did not have enough time to engage the clutch and I came in with too much speed, I picked the bike up to try to slow down more but I was heading towards the wall so I decided to lay it over and hit the barrier but unfortunately, they were a lot harder than they looked and we came out of it with a broken bone in the ankle and broken scapular. I want to say thanks to my team mates Michael van der Mark and Takumi Takahashi, – they have done a fantastic job over these weeks and this weekend especially. And I would also like to thank the team for how much effort everybody has put in. Their professionalism was outstanding and I really enjoyed working with them. I am very sorry that we could not achieve the strong result I believe we could have.”

Takumi Takahashi
“We didn’t have the best feeling throughout the race week and entered the race with some setup issues. In my stint, I still had some setup problems and I was forced to hold back slightly. I wanted to be in the front at the end of my stint but could not do this as there was too much risk of crashing. I am sorry for Casey. I still have the last half of the All Japan road race series remaining and I now look forward to next year’s Suzuka 8 hour race.”

Michael van der Mark
“Today was a disappointing race. I think we had a strong pace compared to the other teams and a good result was definitely possible, but these things happen in racing. Casey was really unlucky with the crash. I hope he will be in fit soon.” 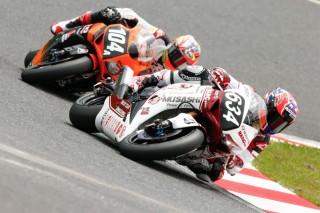 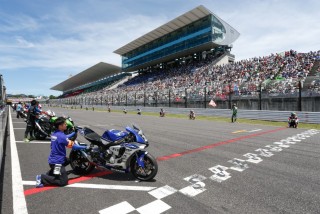 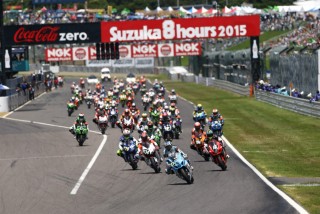