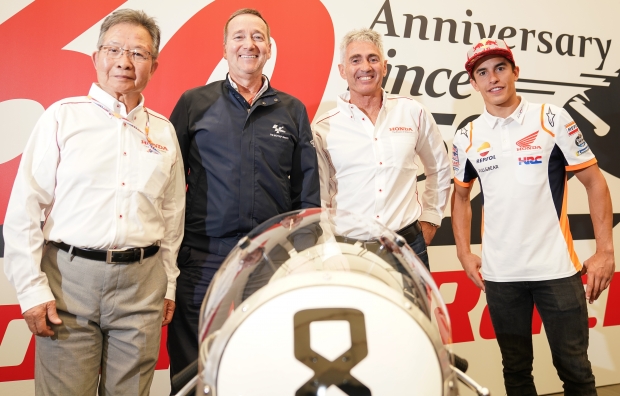 Honda celebrated the 60th anniversary of its participation in motorcycle World Championship racing with a gathering of some of its greatest racing heroes at Assen today.

“No one could have imagined that after 60 years Honda would still be competing and winning all around the world,” declared Kuwata. “Honda is the only company contesting all major motorsport disciplines: from MotoGP to Formula 1, from Motocross to IndyCar, from Dakar to Trials and from World Superbikes to Enduro. Competition is an important part of Honda’s philosophy, and an excellent way to develop new Honda products.”

Marquez took a break from his preparations for Sunday’s Dutch round of the 2019 MotoGP series to share his thoughts about Honda’s racing history.

“Many of the most iconic bikes have been created by Honda,” said the Spaniard, winner of five of the last six MotoGP crowns aboard his RC213V. “I am very proud to have played a part in the history of Honda’s racing success and look forward to achieving even more in the future.”

Marquez races in the same colours that Australian Mick Doohan used when he dominated the premier class during the 1990s aboard his Repsol Honda NSR500. Repsol and Honda are also celebrating the 25th anniversary of their collaboration together in 2019.

“I can still remember my first visit to HRC in late 1988, a few days before I signed to be part of Honda’s 1989 500cc World Championship effort,” said Doohan, who won the 1994, 1995, 1996, 1997 and 1998 500cc titles aboard NSR machines. “I was immediately impressed with the commitment of all the staff as I toured the facility. Reading the signs with ‘Tomorrow’s Technology Today’ everywhere stood out and sold me on Honda’s philosophy.”

“I won my first 500cc World Championship on September 4th 1983 on a Honda in Imola,” recalled the American star. “Then on September 7th Mr Honda put his hands on my shoulders and said: ‘Thank you’. That fulfilled my dream and gave Mr Honda his.”

Takahashi was part of the legendary Honda team that first stormed the World Championships during the 1960s. He was just 21-years-old when he made history by becoming the first Japanese to win a Grand Prix: the 1961 250cc West German GP. He went on to win a further three GPs with Honda.

“I remember Soichiro Honda and his team determined to make the best machines in the world and that is how Honda Racing’s activity started,” said Takahashi. “I feel strongly that the Honda Racing spirit has been handed over to new generation!”

Both Ezpeleta and Viegas paid tribute the enormous contribution made to motorcycle sports by Honda over the past six decades.

“Over 60 years, Honda have set benchmark after benchmark, becoming the most successful manufacturer in motorcycle Grand Prix racing,” said Ezpeleta. “It makes us very proud to have been part of their story and for them to have been such an integral part of ours.”

The FIM created motorcycling’s World Championships in 1949, so both the federation and Honda have been cornerstones of this sport.

“As the biggest manufacturer in the world, Honda has the responsibility to have a strong presence in competition as they have proved over these six decades and achieved many titles in all disciplines along the way,” said Viegas. “However, it is today in MotoGP that Honda has its biggest battle to prove that their products are the most innovative and are well proven by the time they reach their customers.”

Before the start of Sunday’s Dutch MotoGP round, Takahashi and Doohan will ride a lap of honour aboard two legendary Honda racing motorcycles. 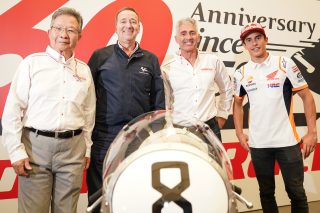 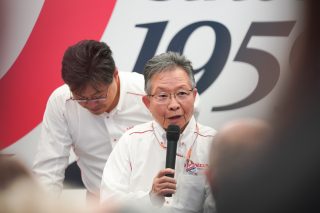 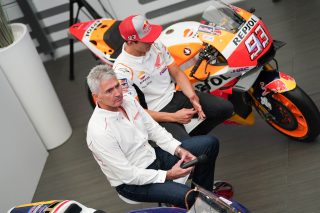 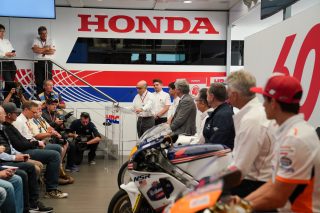 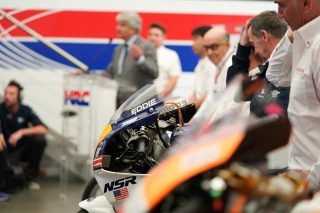 Some of Honda's greatest racing heroes together to celebrate 60 years of unrivaled history for Honda Racing. 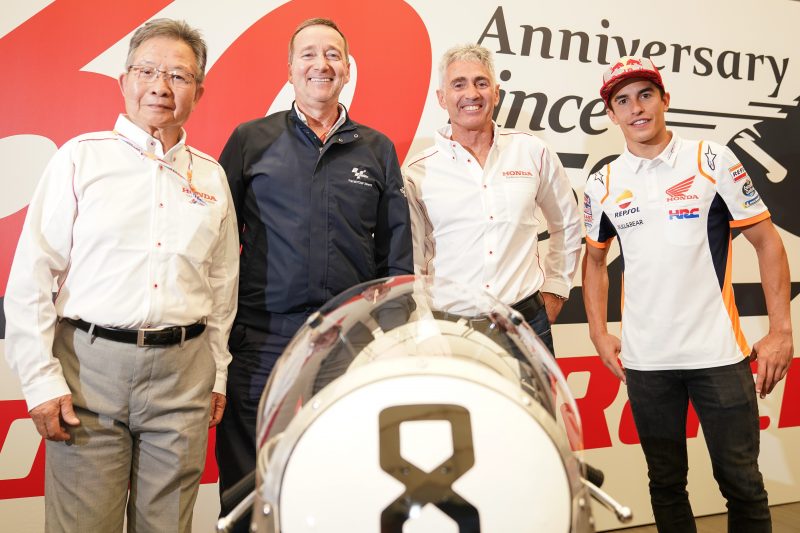