NSF TO THE WORLD -NSF activities around the world-

The “MOLENAAR NSF100 CHAMPIONSHIP“is held across 8 rounds a year (16 races in total) for juniors aged 9 to 13 in the Netherlands. Organized by Ari Molenaar Racing, they have been continuously training young riders from 2009, and they have a unique curriculum which includes everything from nutritional to training using bicycles and karts and these are some of the biggest attractions of the series. In addition, they have produced GP riders such as Livio loi and Bo Bendsneyder. Please check the URL below for details.
https://nsf100championship.nl/ 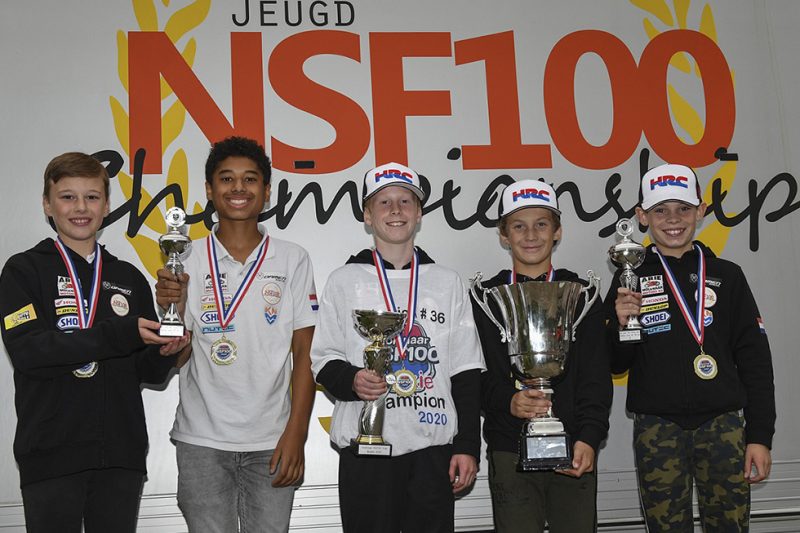 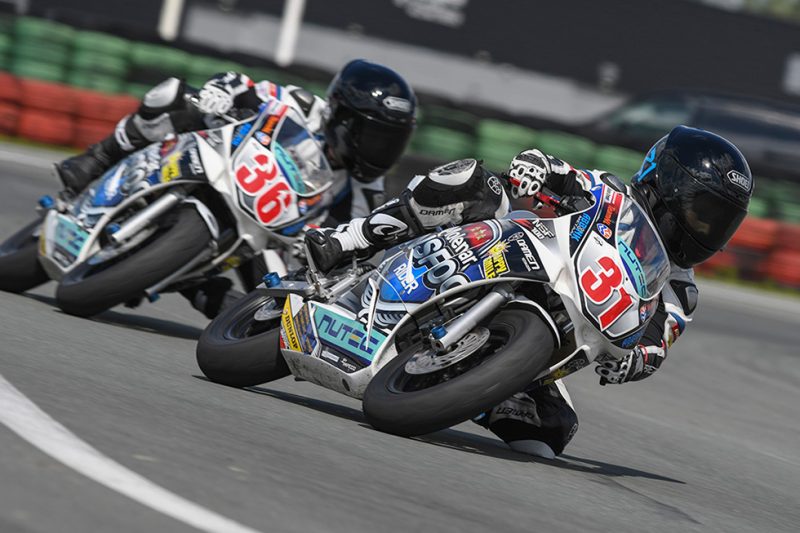 The “ADAC MINIBIKE CUP” is held over 10 rounds a year (18 races in total) for juniors aged 8 to 14 mainly in Germany. This series is known as one of the oldest minibike cups in Europe. From the beginning of the NSF100’s release to the present, they have been running at circuits all over Germany as the first step in many young riders’ careers. In addition, it is a high-level series that has produced GP riders such as Marcel Schrötter, Jonas Folger, Sandro Cortese, Philip Öttl.
Please check the URL below for details.
https://www.adac-motorsport.de/adac-mini-bike-cup 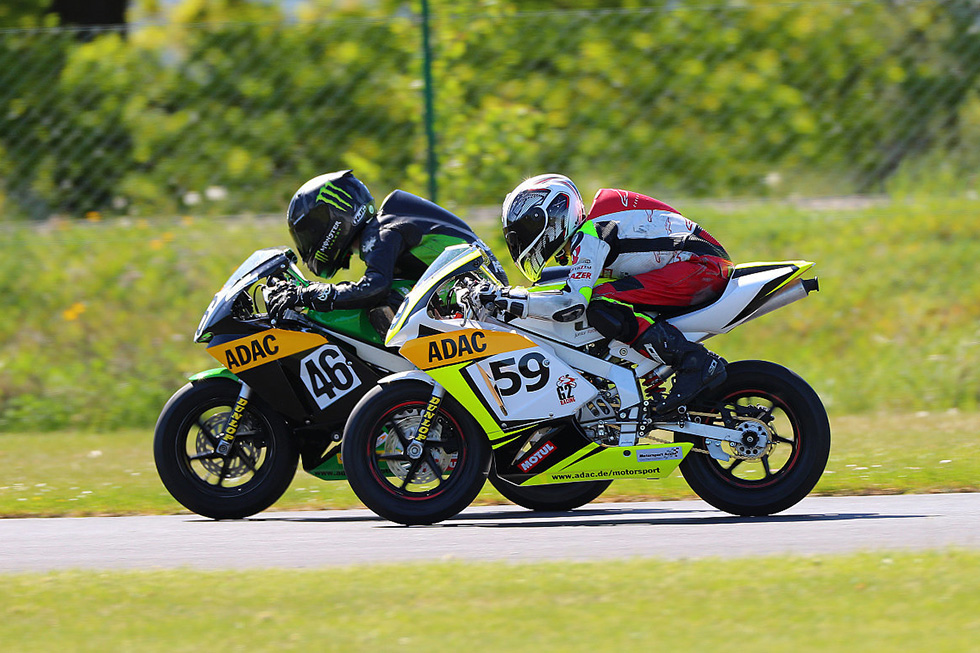 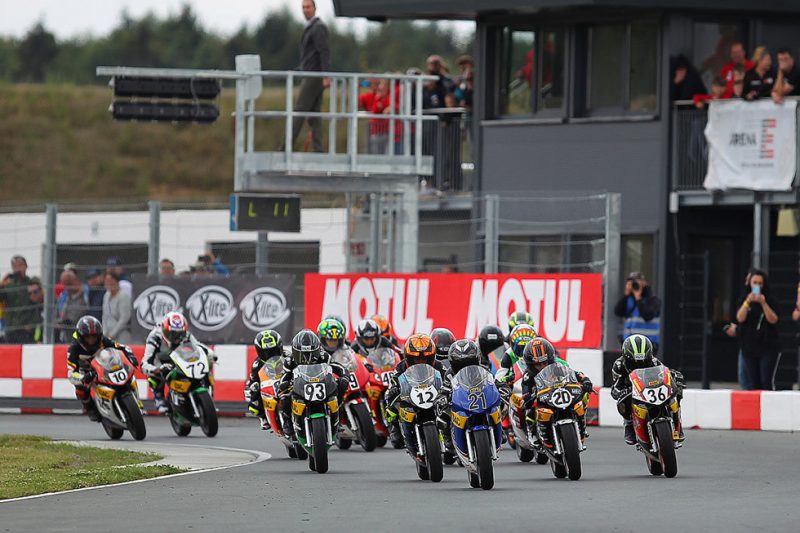 The “DANI RIVAS CUP” is operated by TMSR for the purpose of training young riders in the memory of Spanish rider Dani Rivas. There are Pocket bike classes and a MiniGP class in this series, and the NSF100 is used as the machine for the MiniGP class. In addition, they are now part of the “Road to MotoGP” program developed by Dorna Sports. As a result, those with excellent results can be given a more direct way to step up to the next level and it has become a big draw of the class. Also, there are various scholarship programs in this series, and support for junior riders is substantial.
Please check the URL below for details.
http://cupdanirivas.es/

The “HONDA ACADEMY THAILAND” is an academy-style training series launched by Thailand Honda Manufacturing Co., Ltd, a local subsidiary of Honda in Thailand. Alongside the HONDA THAILAND TALENT CUP that has been held since 2017, it was decided that an entry class using the NSF100 minibike was necessary and was started in 2018. The curriculum, other than riding, includes calisthenics and core training, as well as further physical training such as running, and the growth experienced by riders in the class has so far been remarkable. The instructor team is made up of famous Thai riders such as Ratapar and Mukurada.
Please check the URL below for details.
https://www.facebook.com/HondaAcademyThailand/ 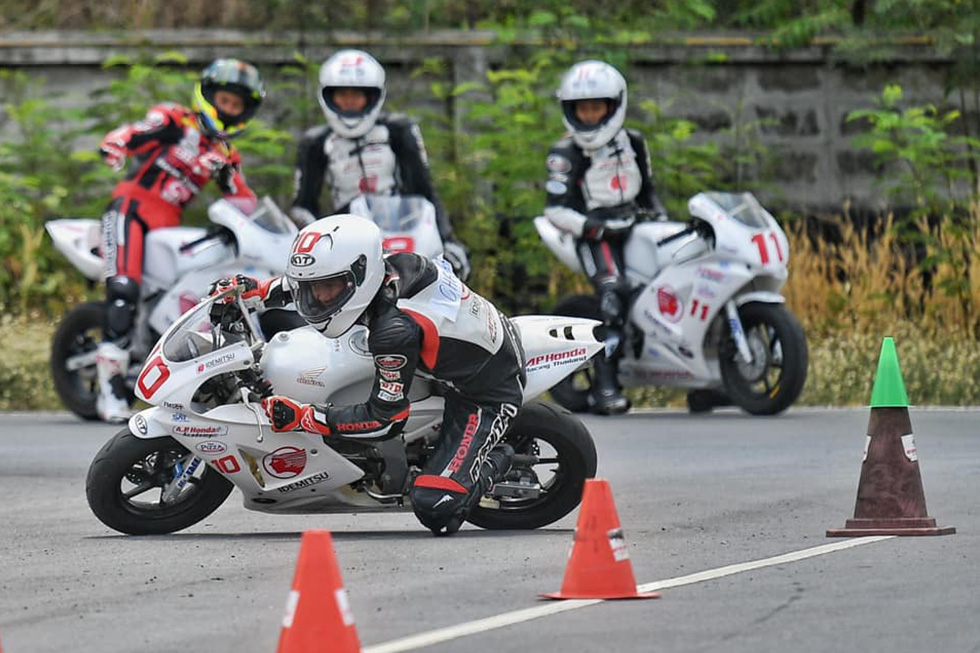 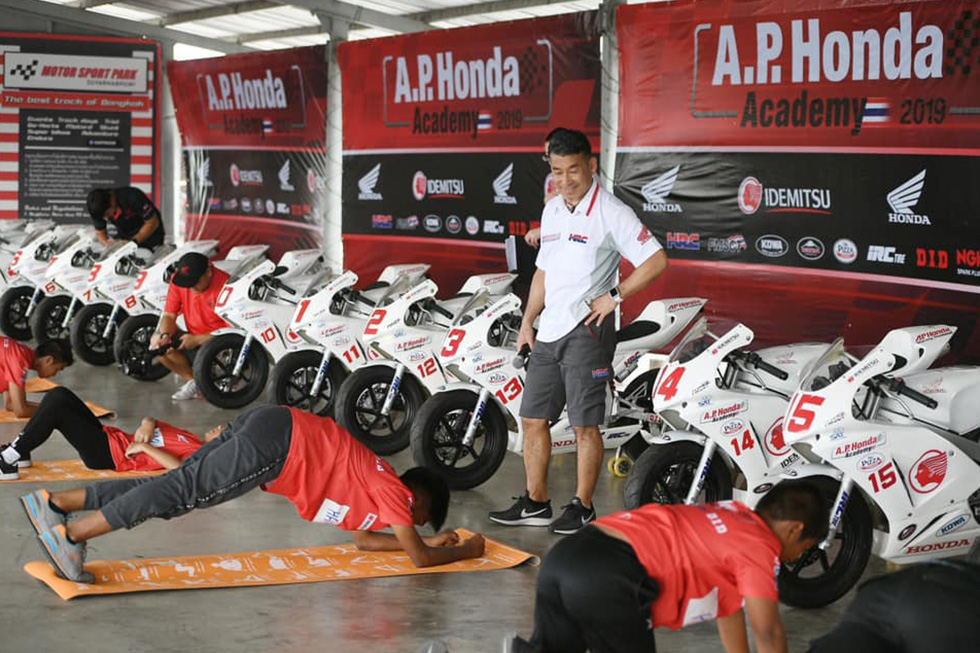 The “VMRC NSF100 CLASS” is a one-make series for the NSF100 built by HVN, a local subsidiary of Honda in Vietnam, in the road race championship – VMRC. In recent years, it has attracted a great deal of attention as a training ground for young riders in Vietnam, where the appeal of road racing is rapidly increasing. Future development is expected under the slogan “From Vietnam to the World”.
Please check the URL below for details.
https://www.honda.com.vn/motor-sports/news 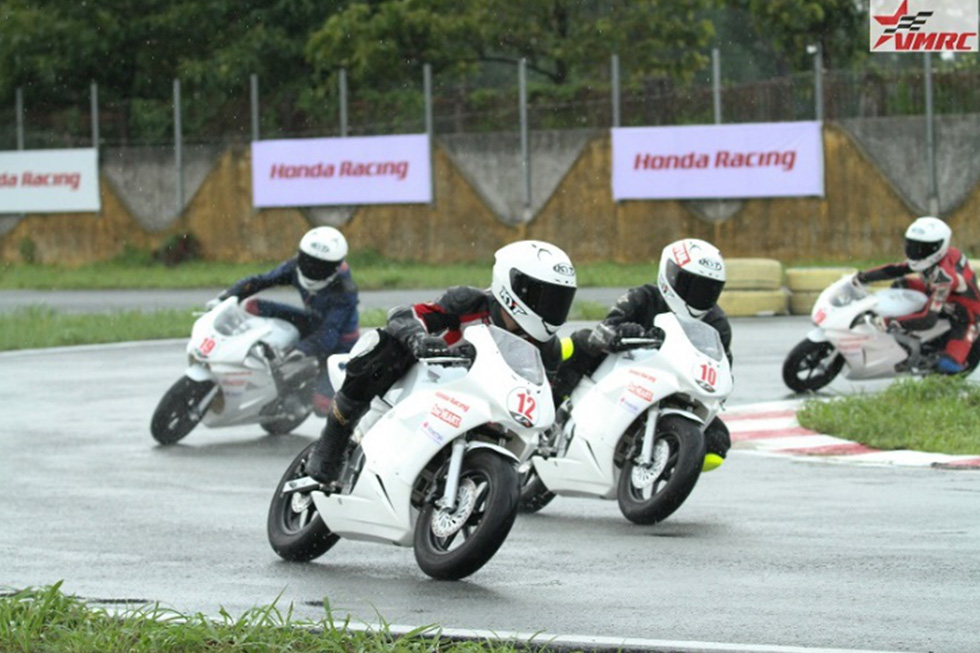 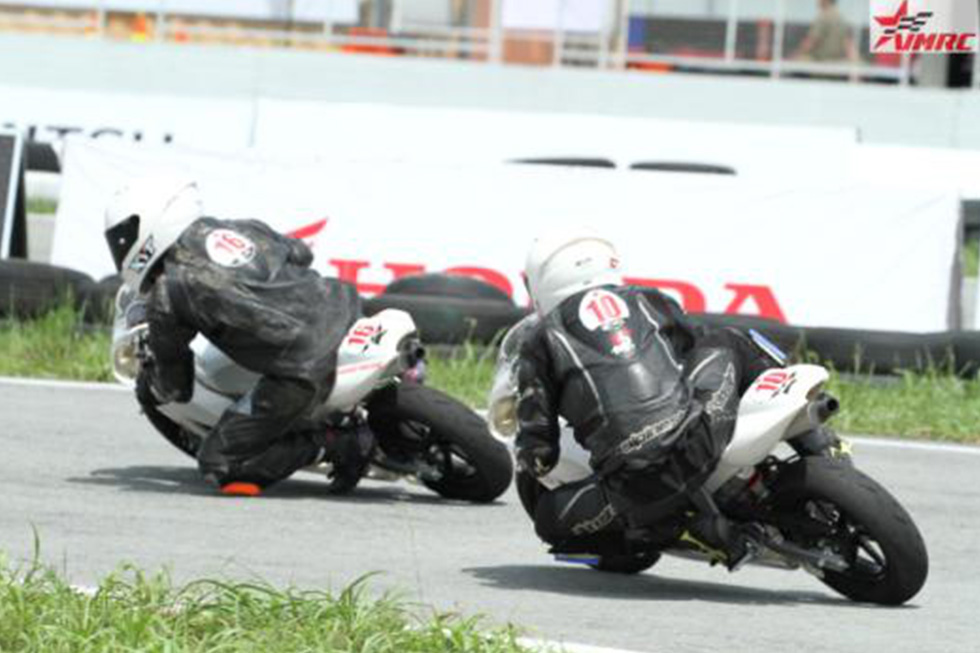 The “HONDA KIDS RACING SCHOOL” is a school sponsored by an Israeli Honda distributor and run by the organizer SRS (Superbike Racing School) for the purpose of training young riders in Israel. This is the only place in the Middle East where you can train with the NSF100. Schools for adults as well as children are held frequently and are becoming more popular.
Please check the URL below for details.
https://hondabike.co.il/ride-school/ 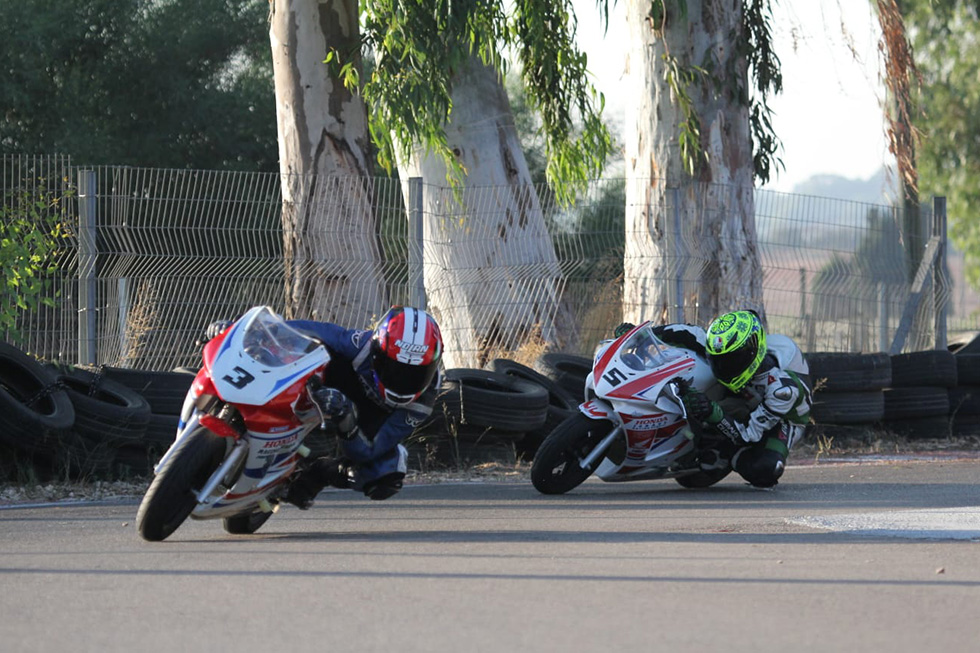 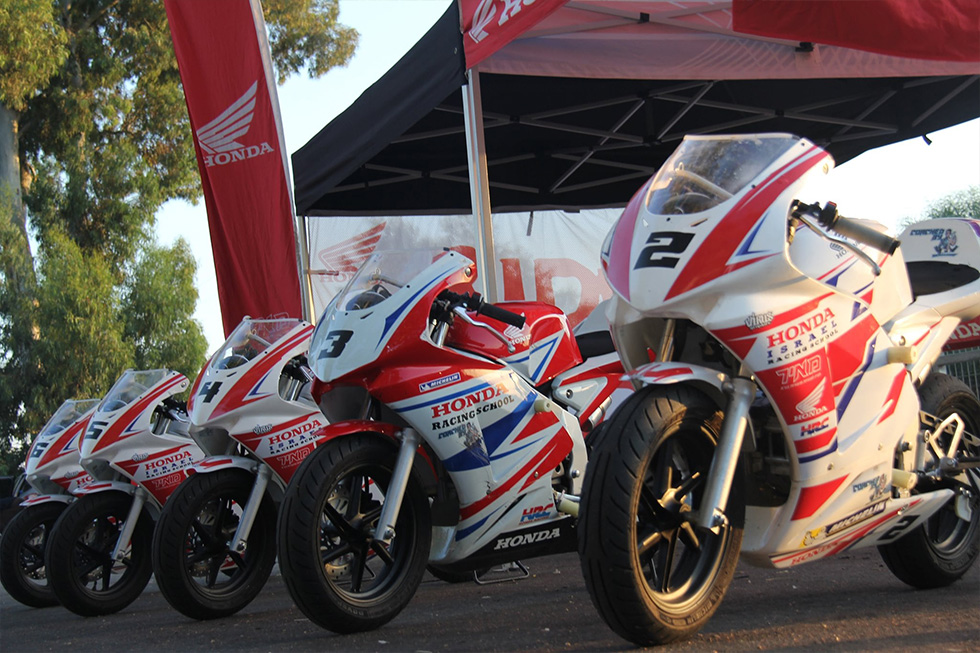 The “HONDA BRITISH TALENT CUP” is held across ten events a year (20 races in total) and run mainly in the UK.
The series is run by British National Championship Organizer “MotorSport Vision Racing (MSVR)” and is designed for junior riders aged 12 to 17 who are aiming for the Moto3 World Championship class in the future. In addition, since they participate in the “Road to MotoGP” program developed by Dorna Sports, the path is there to give the top riders a route to the World Championship. Each race is run mostly alongside the British Superbike Championship, but the biggest attraction is that riders can run alongside MotoGP at the British Grand Prix.
Please check the URL below for details.
https://www.britishtalentcup.com/ 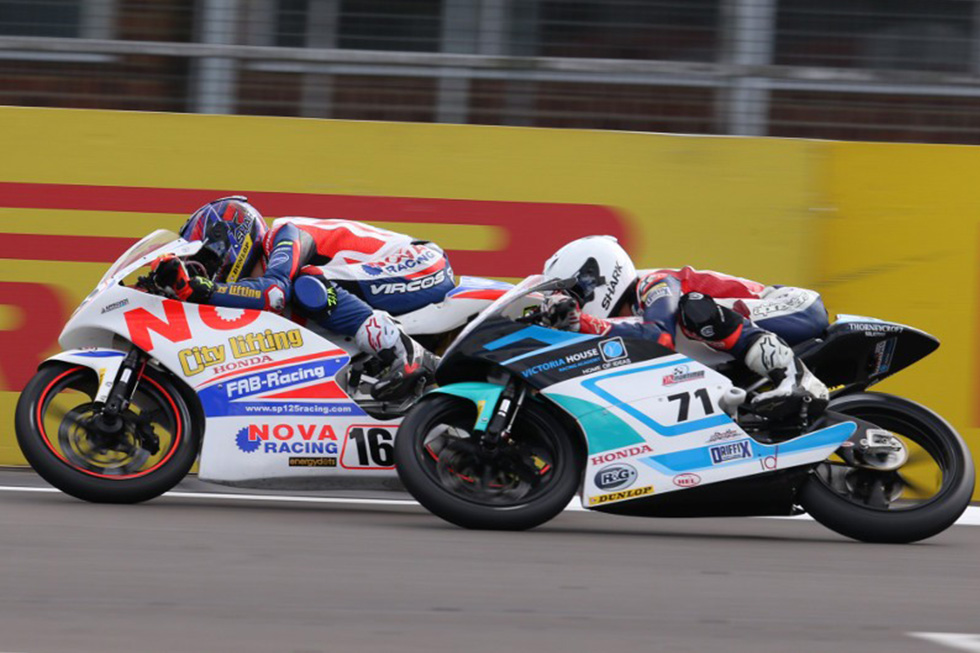 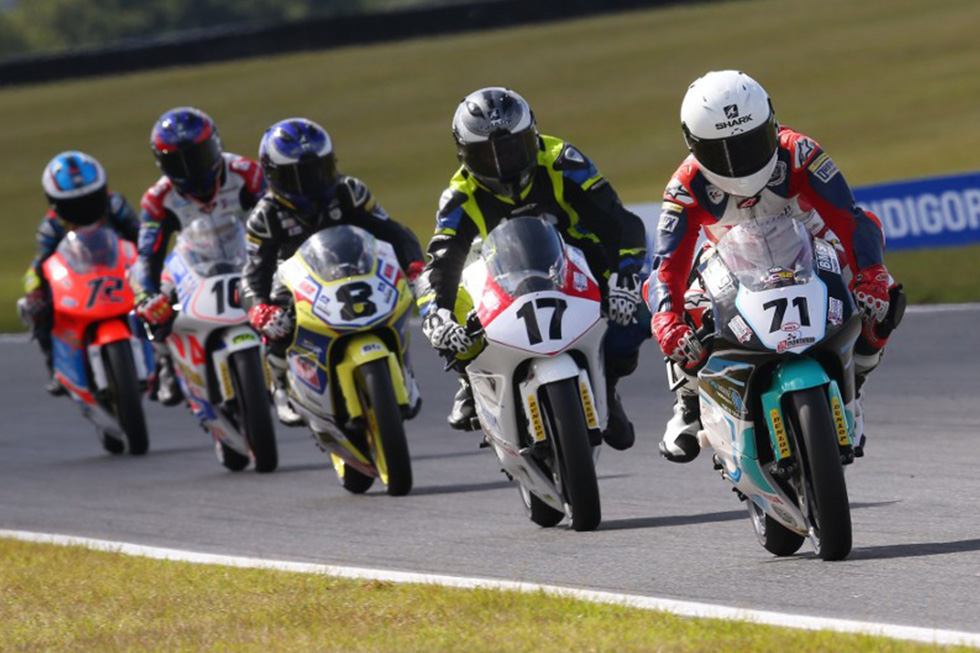 The “IDEMITSU ASIA TALENT CUP” is a project started in 2014 to train young riders in Asia by Dorna Sports, the GP organizer. Since 2017, it has been run as the “Idemitsu Asia Talent Cup (IATC)” with Idemitsu Kosan of Japan as the main sponsor. In the Asian region where interest in motorcycle motorsports is rapidly increasing, young Asian riders from countries such as Japan, Indonesia, Malaysia, Thailand, Australia and Turkey participate against each other with the goal of arriving in the World Championship. Under equal conditions, 6 races are held annually, running alongside the FIM Road Racing World Championship (MotoGP) and FIM Superbike World Championship held in the Asian region. Many Asian riders who are currently active in GP have been produced from this series, and it is attracting a lot of attention as the series closest to the World Championship in Asia.
Please check the URL below for details.
https://www.asiatalentcup.com/ 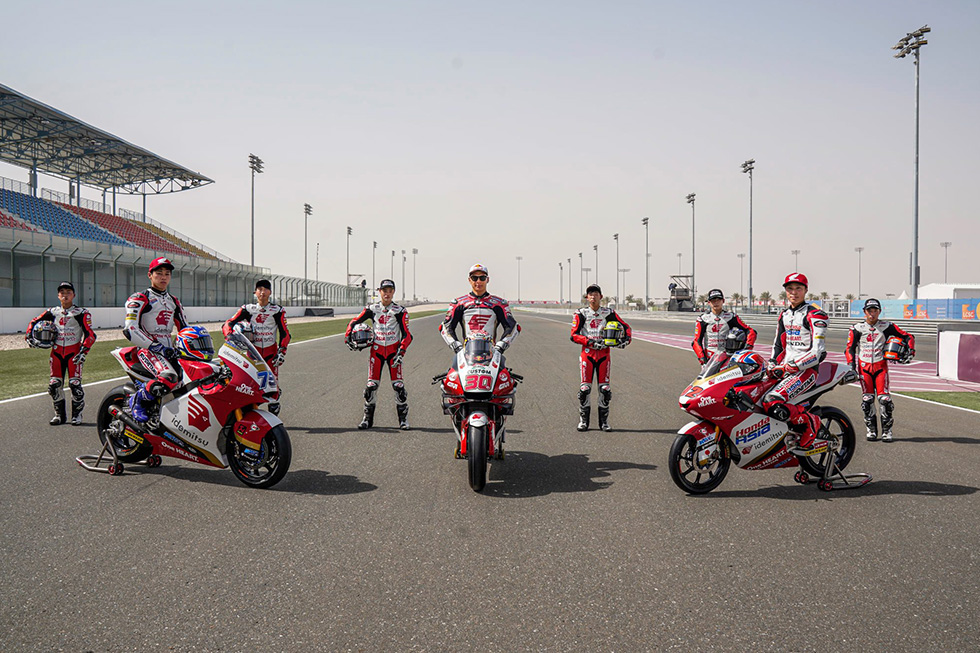 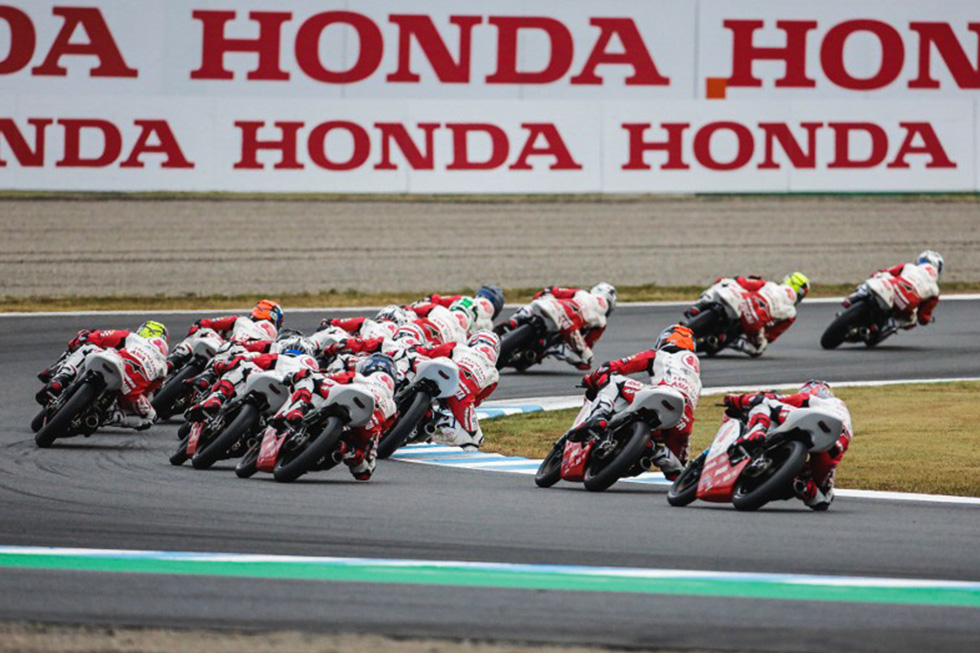 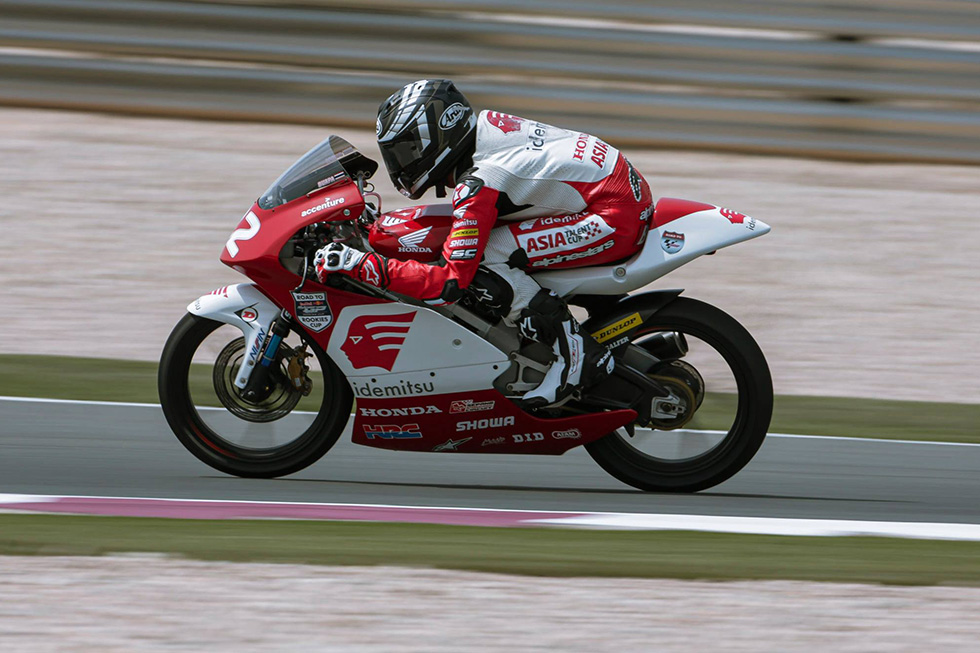 The “EUROPEAN TALENT CUP” has been held across 10 rounds a year for junior riders as a new category in the FIM CEV Repsol International Championship since 2017. In addition, Dorna Sports, who runs this championship together with the FIM, promise to support the top junior riders of the season on their journey onwards. The potential support is very attractive because it provides a way to be promoted to the Moto3 Junior World Championship in the following year, a clear way to advance. Therefore, as a series directly connected to the World Championship, it is attracting a lot of attention not only from Europe but also from all over the world.
Please check the URL below for details.
https://www.fimcevrepsol.com/en 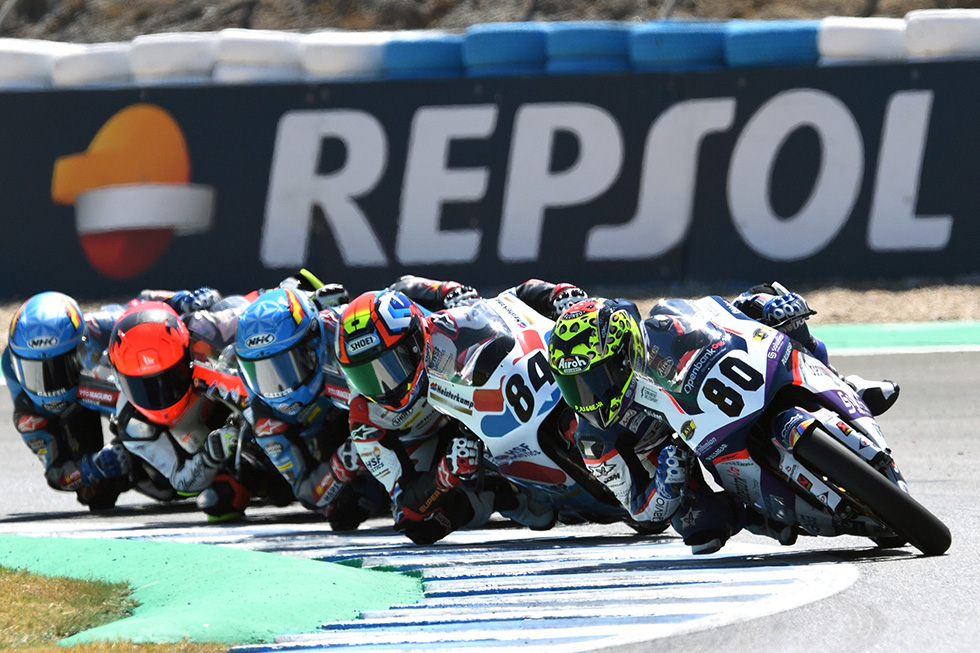 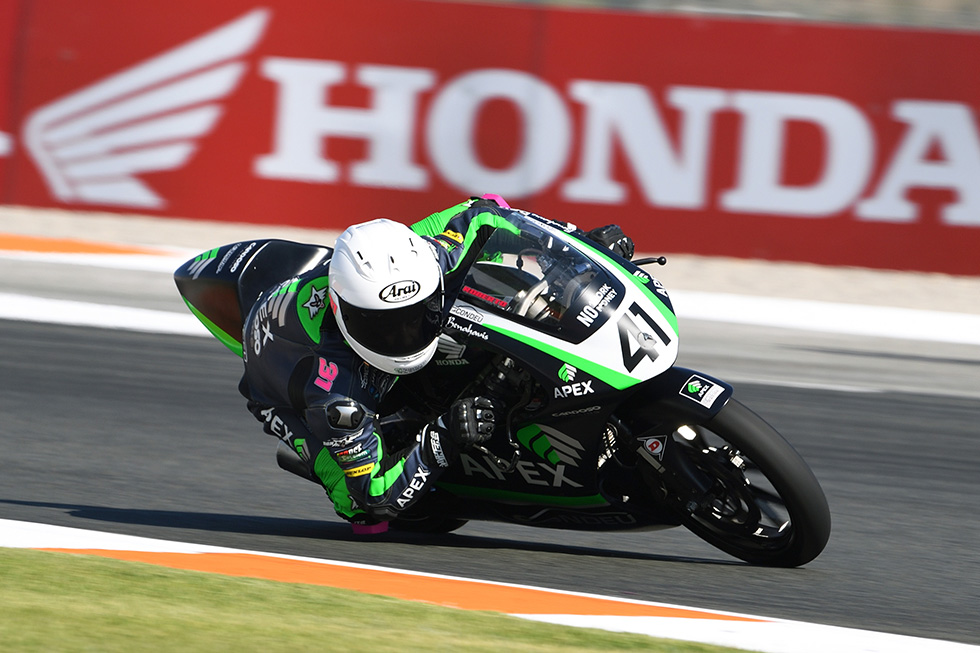 The “HONDA TALENT CHALLENGE” is set in Central Europe, mainly in Germany, and with 5 to 6 rounds (2 races at each) which are held annually in Moto Trophy. This series is aimed at all riders working towards the Moto3 class in the future, and anyone with an NSF250R can easily participate in the race. Regarding the regulations, it is in line with the other series using NSF250R such as Asia Talent Cup, British Talent Cup, European Talent Cup which is a big draw as riders can gain racing experience in the same environment as others. In addition, there are staff who are familiar with bikes, tires, and riding techniques, their knowledge adding a further dimension to the series.
Please check the URL below for details. https://honda-talent.com/ 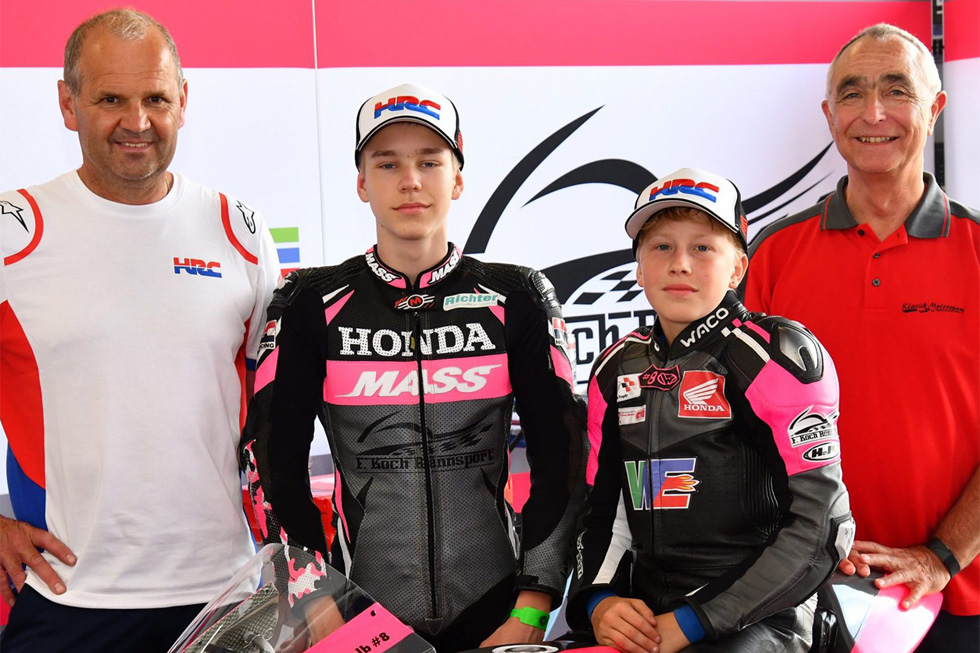 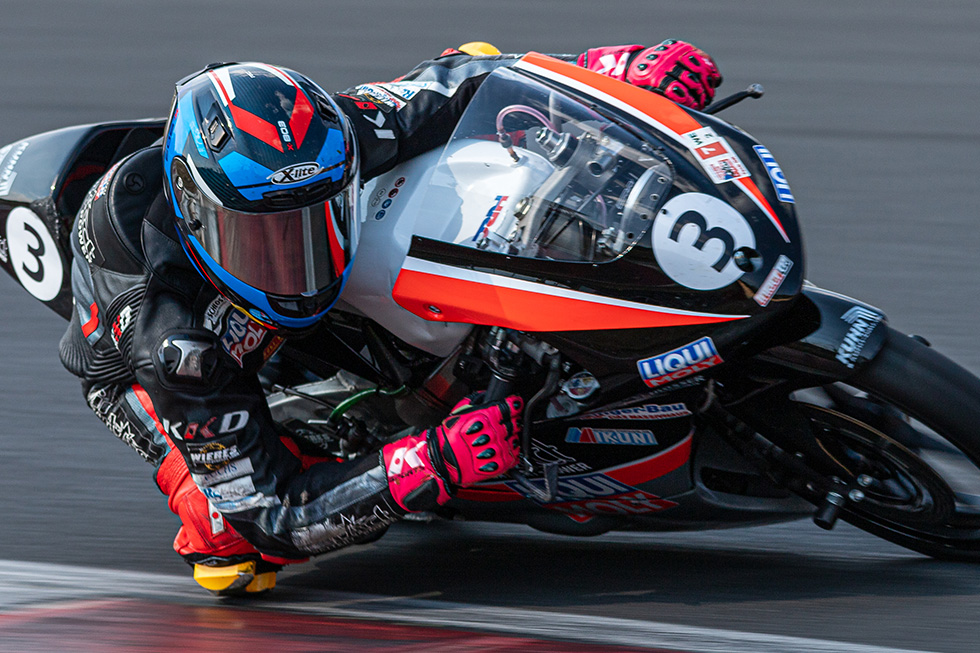 The “HONDA THAILAND TALENT CUP” is a full-scale training race launched by Thai Honda Manufacturing Co.,Ltd, a local subsidiary of Honda in Thailand. In the Asian region, they introduced the Moto3 class racer, the NSF250R, early in 2017 and have achieved great results so far, and Somkiat Chantra was one of the first riders from this series to arrive in the Moto3, and then Moto2, World Championships and serves as an inspiration for young Thai riders. Also, this series is attracting attention from neighboring countries to Thailand, and some non-Thai riders can also participate in the race, contributing to raising the level of the entire region. In addition, since participating in the “Road to MotoGP” program developed by Dorna Sports, the top performers can receive help in making the next step of their career.
Please check the URL below for details.
https://www.facebook.com/HondaThailandTalentCup/ 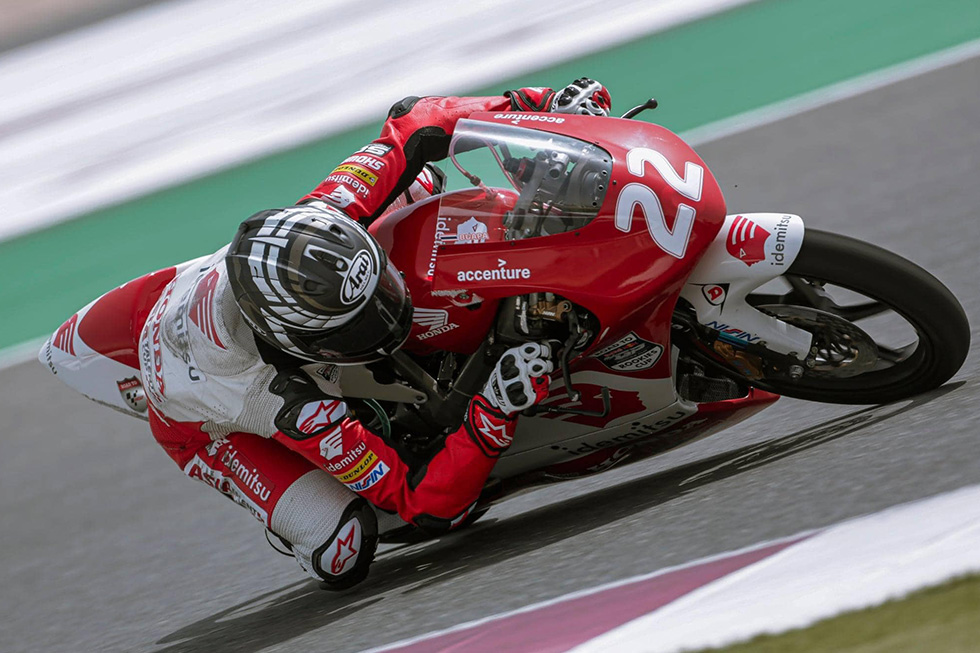 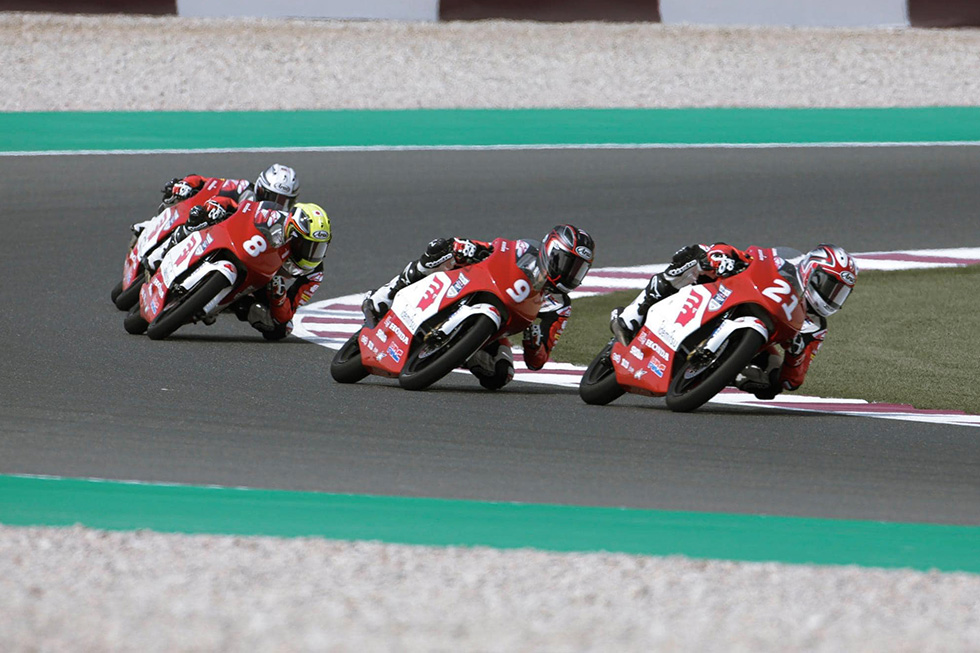 The “HONDA INDIA TALENT CUP” was launched in 2019 by HMSI, a local subsidiary of Honda in India, as a “world-class training series”. In India, stock class training races were already held independently, but inspired by the popularity of road racing that has been booming in the Asian region in recent years, this series using the full-scale racer model NSF250R was finally realized.
As the next step, they are aiming for further improvement with the TTC in Thailand and IATC in Asia as inspiration. Please check the URL below for details.
https://www.hondaracingindia.com/RacingEvent/eventDetails/4/ 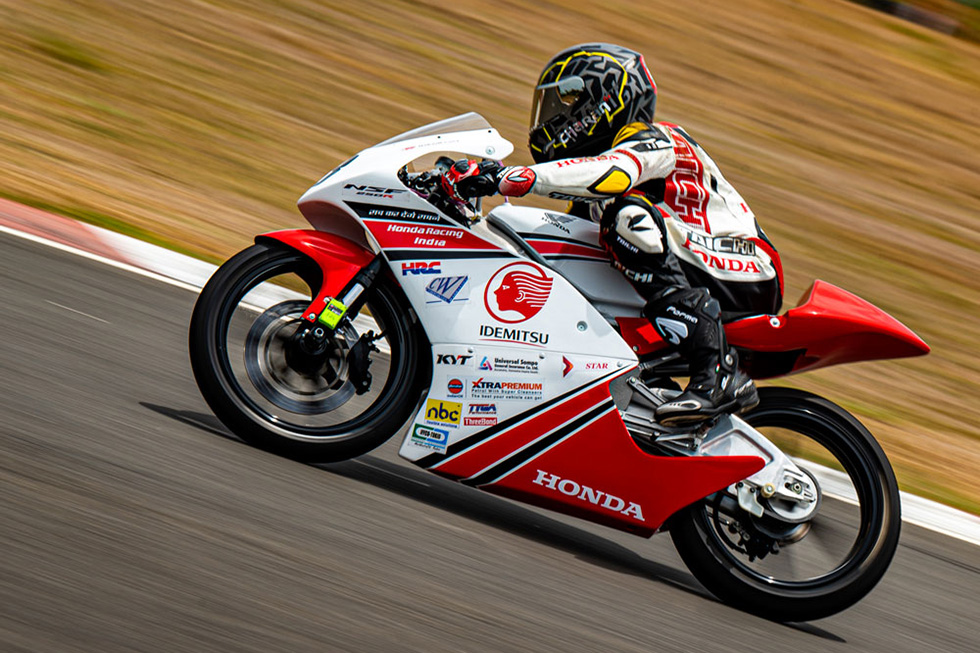 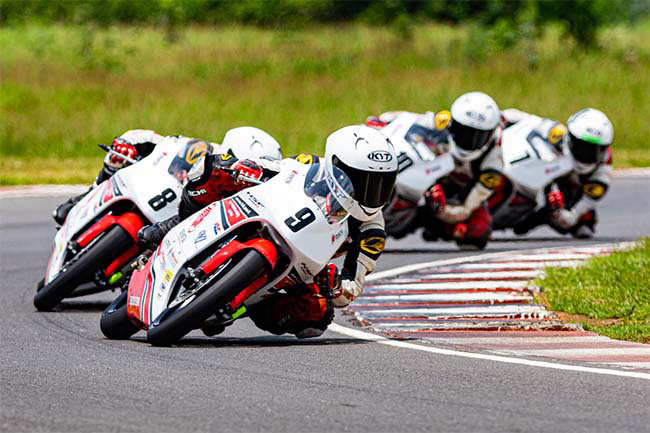 “STEFAN BRADL ROOKIES DAYS” was launched in 2021 as a new training project by German MotoGP rider Stefan Bradl. This project is aimed at German riders working towards the Moto3 class of the World Championship in the future. Anyone who owns an NSF250R can easily participate in this program, but some rental bikes are also available. The project is aiming to raise the level of road racing in Germany, stepping up from the minibike class on the NSF100 and improving the skills of Moto3 class participants. The project is developing with the support of Honda Germany and many others. This is a highly promising program where young riders can receive direct guidance from an active MotoGP rider.
Please check the URL below for details.
https://honda-talent.com/stefan-bradl-hrc-rookie-days 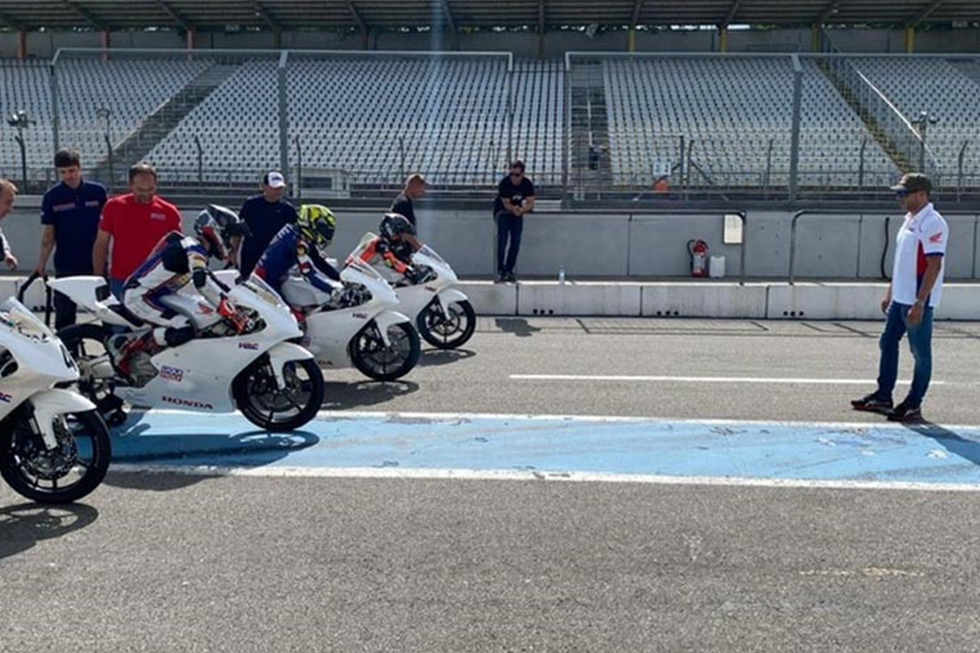 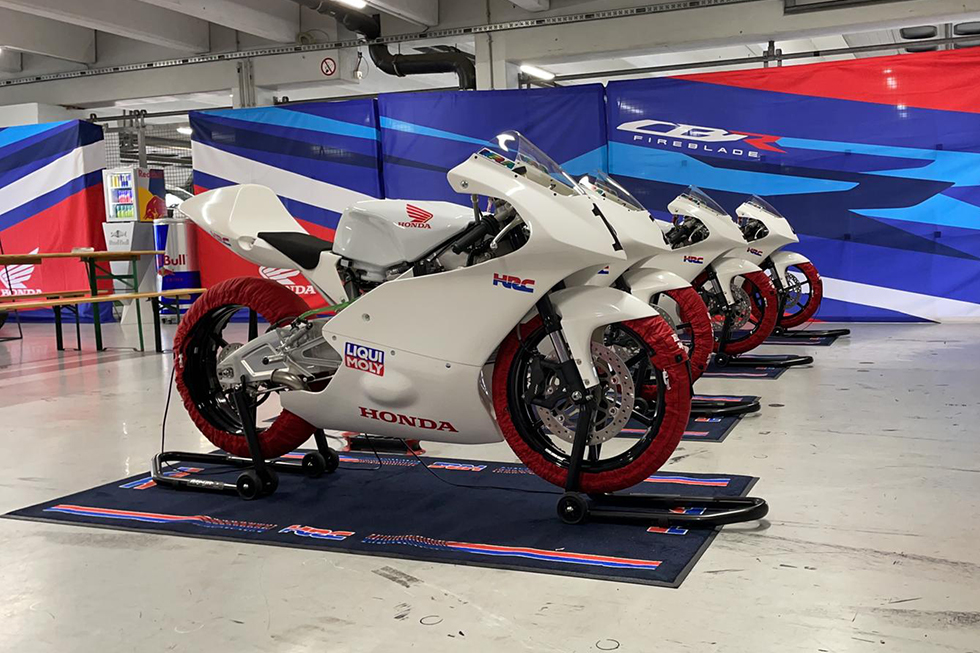